Origins of Meghwar and Megh Rikh

Religion of SCs and STs

Following lines have been contributed by our brother Mr. Navin from Gujrat:-

A study of religions practiced by Scheduled Caste communities in India suggests that all of them have preserved their ancient religion in one form or the other. Small panths in the states of Rajasthan, Madhya Pradesh, Gujarat, Punjab, etc. still exists in different sects. Hitherto, they have not congregated with each other due to lack of universal appeal. All these small sects have one thing in common that their religion possesses the strong base of Buddhism in their teachings. It is a matter of regret that despite our preservation of ancient religious beliefs, although in the smaller forms, we have not taken any effort to unite all these sects into a sole religion.

Dr. Ambedkar’s vision of selecting Buddhism is based on the firm belief that it is a religion of India as Gautam Buddha was born in India and preached his Dhamma for the common masses. Secondly, since Buddhism is practiced in China, Japan, Korea, Burma and other South-East Asian countries, Dr. Ambedkar thought of taking support from these countries for revival of Buddhism in India. However, untimely death of Dr. Ambedkar in the year 1956 was a major setback in this direction. Dr. Ambedkar’s dream was to unite entire lower caste communities into one class on a religious footing. Present day Buddhism in India has just mere become a new branch of Buddhism to be called as ‘Bhimyaan’.

In this scenario, it is inevitable for us to find a solution to this great vision of Dr. Ambedkar for which indepth religious study is required to be attended on war footing. Presently, we have Kabir Panth, Dadu Panth, Barmati Panth and various other sects. As said above, all these Panths have buddhist impact in their religions, we must select a new religion of depressed classes of India taking either selecting one near to Buddhism or to assimilate all religions into one.

This post was very big in size and needed to be shifted. It has been archived at the link given below:-

Comments can be given on the link given above. Sorry for the inconvenience.


At Meghnet and many more sites and blogs Indus Valley Civilization, most popularly known as Hadappan Civilization,  has been mentioned very frequently. It is about aboriginals of this great civilization presently rotting in interior of India. They are identified as scheduled castes, scheduled tribes and other backward castes (SCs, STs and OBCs) living in India. They call themselves 'Mulnivasis or Moolnivasis' of India. They have many things put on stake over such a great civilization which is said to have disappeared suddenly whereas disappearing theory was not the truth.  Much of their literature, history, religion etc. have been destroyed systematically. It includes distortions in manuscripts, defacement of inscriptions and figures on rocks. People strongly feel that many studies have been sponsored to prove that Aryan invasion never occurred. Now computer labs are being used for the purpose and there are very serious (brahmanical) efforts to make distortions in the images pertaining to Hadappan Civilization. See this link to believe it. It will help you understand the truth. May be there are many more efforts of this kind still going on.

See this link. Horses were brought by Aryans to Indus Valley region:

Email ThisBlogThis!Share to TwitterShare to FacebookShare to Pinterest
Labels: Origins 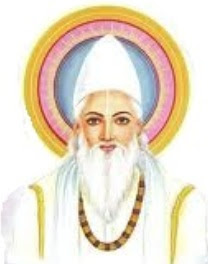