Email ThisBlogThis!Share to TwitterShare to FacebookShare to Pinterest
Labels: Development

Asuras are lovable people living in India and that too in abundance. Here is an interesting story of Asuras, now most popularly known as Mulnivasis (SCs, STs and OBCs) of India. I am thankful to Mr. Sandeep (from Jaipur) who has contributed a link from Times of India news paper. The story is like this:

“Seven-year-old Anand hates lions. "It's a nasty animal," he says, playing with a bunch of plastic animals a camel, a horse, a cow... and a headless lion. "I wrenched its head the moment I laid my hands on it," says the child, eyes blazing in anger. "I am an Asur. I can't stand lions. This animal killed the buffalo during the war between Mahishasur and Durga. This is why we hate it and don't want to see its face."

Anand Asur's anger is the same that generations of the Asur tribe have felt. This community some 8,000-strong believes it is the bloodline of Mahishasur, the Asura king who conquered heaven and earth and drove the Devas out of Swargalok until vanquished by Goddess Durga. The rest of the world may celebrate this myth as the triumph of good over evil, but for the Asurs it is the darkest period in their collective consciousness.

While the rest of the country is preparing to celebrate, Anand Asur, his family and about 8,000 others like them in scattered communities in North Bengal and the Chota Nagpur region are preparing for mourning.

All these people bear the surname Asur and do not worship any god. They firmly believe that all gods and goddesses "illegally joined hands" to kill Mahishasur.

With anger and anguish that has not diluted in generations, these people will lock themselves in from dawn to dusk for the five days of Durga Puja. The elders stay away from every sliver of daylight. Windows are barred and pasted over to keep away the sun. Everything that needs to be done in the day is done after sunset.”

This story reminds me of Onam festival, celebrated in remembrance of King Bali (grandson of Prahlada) in Kerala where a Puli Kali (lion dance) procession has been introduced. Clearly it reminds of killer of great king Hiranyakashipu, father of Prahlada. (Mahatma Jyotirao Phule is referred here). Mulnivasis of India do counter such mythical stories as they know that such exaggerated stories were told by Aryans, another tribe. The entire world knows that tribal stories are merely exaggerations and exalted imaginations.

Thanks Sandeep for sharing this wonderful link.

Email ThisBlogThis!Share to TwitterShare to FacebookShare to Pinterest
Labels: Asura 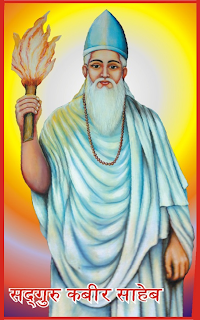 Email ThisBlogThis!Share to TwitterShare to FacebookShare to Pinterest
Labels: कबीर

The Constitution of India drafted by Dr. B.R. Ambedkar is generally said to have been shaped on the Western Model. But, in fact, it can also be described as ‘first and foremost a social document’, because the ideology or its provisions are either directly arrived at furthering the aim of social revolution, or they attempt to foster this revolution by establishing conditions necessary for its achievement. The Constitution guarantees and protects a wide range of civil liberties, including freedom of religion. It outlaws all forms of discrimination on the bases economic, and social grounds like that of untouchability. With this constitution in India today, there lies the possibility to get established a casteless society in the long run, and consequently the real democracy due to the impact of Ambedkarism as shown below.

1. Through the voting rights, the people’s aptitude for equality is likely to rise continuously.
2. Due to India being a one political unit, the struggle for social justice in one part of the country is apt to get support in other parts.
3. The caste Hindus in large numbers are gradually saying good–bye to the caste system, untouchability and views based upon the old ‘Karma’ philosophy.
4. It is now increasingly becoming impossible for the ‘Dwij Hindus’ to continuously keep ‘Dalits’ into mental slavery.
5. In every field of life, without giving a central place to the last person, ‘salvation’ is not possible.
6. The democratization of knowledge and know-how has progressed in such a manner in the world that it has now become difficult to keep enslaved the human consciousness.
7. The humankind cannot tackle its crisis’s without mass participation of the whole society.
8. Due to pressure of the dreams and aspirations of general masses, the Backward-Dalit leadership may either reform itself or otherwise, the new leadership is likely to emerge.
9.  Increasing number of people are getting impressed with the creation of understanding and love among themselves, rather than creating differences on one’s birth or profession.
10. As it is visible at many places, and particularly in big cities of India that there are growing numbers of inter-caste marriages, which substantiates a change in the conservative caste-based society of the past.
11. Intelligentsia has realized that it is time to get out of the inhuman traditions, and castetist mind-set in the name of ‘God’, culture or identity.
12. Since 1952 till date caste-wise complexion both in the Lok Sabha, and State Legislatures has gradually changed with progressive increase in the number of people’s representatives belonging to OBC, SC, and ST, except in case of minorities like Muslims, which more or less did not show much variation.

TASK AHEAD:
Caste is the curse of India. Caste in all its forms made us nation of slaves. It is not Islam, etc. that has destroyed India. Our enemy is within us. Priest-craft and caste have slain us.   Therefore, a strong wind is still needed to blow away the ghost of caste, and revolutionize the mental attitudes. To achieve this object, the ignorant masses must be made to understand that caste is not predetermined by ‘God’ on the basis of deeds of any supposed previous birth, and that majority of people in India wrongly get handicapped due to wrong conditioning of their minds with feelings of high and low. This conditioned mind-set of the people has remained the cause behind inequality, inefficiency, and inability to rationally conduct our social problems in India. Caste-system has also blocked the natural evolution of good / progressive human qualities. Here are a few suggestions to deal with the ghost of caste.

1. As jobs in government. Semi-govt. or govt.-aided organizations carry respect in the eyes of public; preference in selection for such jobs should be given to such individuals/children who do not suffix caste, as sir name.
2. All state governments should provide liberal cash awards to those who go in for inter-caste marriages. Individuals who go in for inter-caste marriages should be given preference for at least one promotion in their jobs.
3. Nomenclatures in respect of public sector organizations/institutions that smell of caste should be legally changed.
4. All those living below poverty line should be considered for reservation in jobs, both in the public and private sector.
5. All caste based organizations/institutions linked with narrow castetist objects should be legally not allowed to function.
6. All so called ‘holy’ books that contain any portion supporting pre-determination of caste by ‘God’, should be re-written; because ‘holiness’ lies in the service of humanity, and not in the ‘Karma’ based pre-determined fate/caste.
7. Those who support casteism should be declared communal/anti-national.
8. The children of deprived sections of society should be provided free, good-quality, and vocational education to empower them for making a good headway in life, instead of continuing to believe in the provision of reservation.
9. Preferential treatment for ‘Dalit Muslims/Dalit Christians’ may also be considered, as they are also part and parcel of the Indian society and remained depressed due to the similar flaws in Indian social system, as in case of other Dalits.
10. All politicians/bureaucrats who in any manner conduct themselves with favoritism based upon caste/religious prejudices must be shunted out.
11. All political parties having hand in caste-based agitations or which select/field candidates based upon caste considerations should be de-recognized for electoral purposes.